The 600 MW solar farm and a 300 MW pumped hydro plant could be delivering continuous baseload power, enough to fill about 5% of Northern Chile’s baseload demand.

The Valhalla solar/pumped hydro project would be the first to demonstrate that baseload power can be generated from a utility-scale PV plant.

The project will send intermittent generation from the 600 MW Cielos de Tarapacá solar PV farm to the 300 MW Espejo de Tarapacá pumped hydro plant in order to convert it into baseload power.

Often claimed to be new technology, Valhalla’s pumped hydro plant is planning to use the sea as the lower reservoir. It plans to convert most of the intermittent output from a utility-scale off grid solar  PV farm into baseload power, which could be a “world first”. 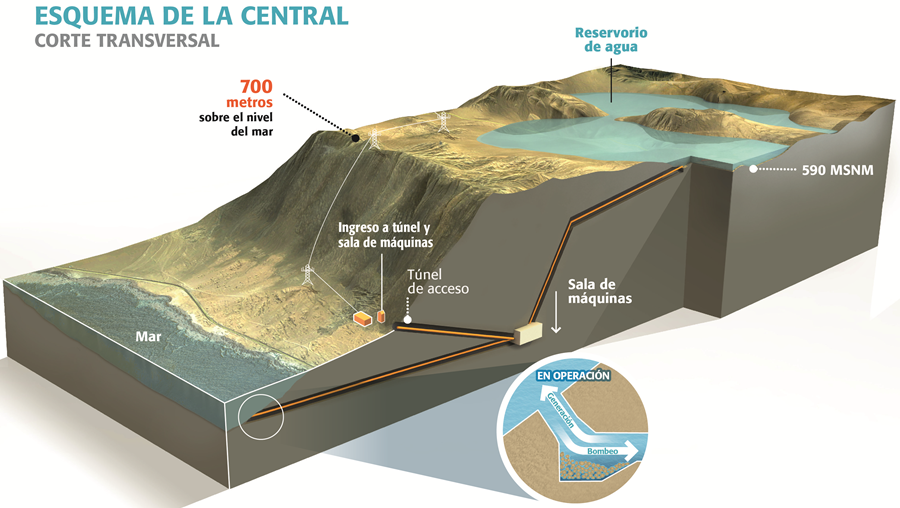 Figure 1 shows the basic hydro plant design. A single tunnel connects the upper reservoir with the sea, with the turbines pumping water uphill during the day and releasing it back down again at night. The upper reservoir is a natural depression, which explains the plant’s location.

The following data listed are from Valhalla’s 2015 Environmental Assessment, although there are still no detailed plant specifications:

There’s still no estimates for the total storage capacity but a calculation based on 10 million cu m of sea water (normal operating minus base volume), 77% round-trip efficiency (1.75 GWh output, 2.28 GWh input) and a head of 608.5m gives 15.2 GWh.

Valhalla’s 600MW Cielo de Tarapacá solar farm is located 65km inland from the pumped hydro plant at an elevation of around 1,000m, this is because of high humidity and reoccurring sea fog in Chile’s coastal area. The estimated cost for Valhalla’s solar farm is at $900m, or $1,500/kW. 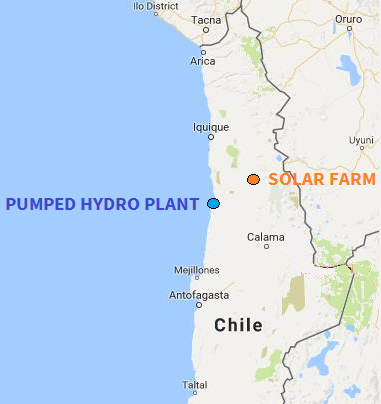 Figure 3: The solar farm will be connected to the hydro plant by a 220 kV transmission line that also connects to the Chilean grid, which runs in between the two.

As shown in Figure 3 the plan is to send up to 300 MW of the solar farm’s output to the hydro plant and the remainder to the grid. Also shows the solar and hydro plant’s daytime and nighttime operations.

Chilean-style solar/pumped hydro projects will not allow the world to transition to renewable energy. The mix of favorable coastal topography and superior solar resources that make it potentially feasible seems to be unique to Chile.

The Sahara desert might compete in terms of solar potential, but the solar-pumped hydro approach could not be applied at scale outside Chile. The steep-to coastal topography needed to support large pumped hydro sites exist but there are few if any places outside Northern Chile where the two exist in combination over so large an area.

For now, Valhalla has all of its permits in hand and had proposed to begin construction last 2017, but development is still on hold while the company seeks its $1.2 billion for financing.